since 01.10.2004
Director of the Institute of Aerodynamics and Gas Dynamics, University of Stuttgart 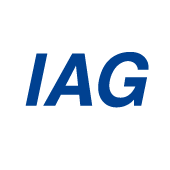 Directly to the members of the working groups

To the top of the page